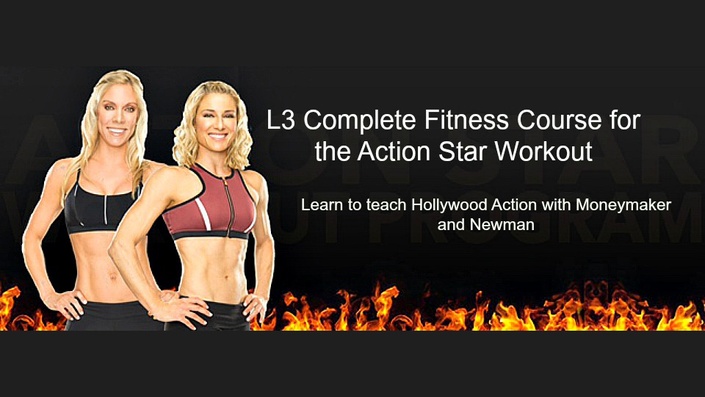 Learn how to create a workout based off of Hollywood action films by incorporating martial arts, strength training and yoga inspired movements.

The coupon code you entered is expired or invalid, but the course is still available!

The L3 (Load/Length/Lean) Complete Fitness Course was created for Trainers and Group X instructors so that they can help people achieve their fitness goals while experiencing how actors and stunt people train for their movie roles.

One of the most fun and unique features of L3 is the incorporation of Action Fighting from Hollywood films into the Lean phase of the workout. As you go through this program, you will start to feel more confident with every upper cut and jump kick, learning how to perform like a true action star. Soon you will be sharing that powerful feeling with your clients and class participants, building them up to the full 60 minutes L3 workout, and making them feel as though they are part of an action-packed film set. The workout includes strength exercises, high intensity cardio, and flexibility training through yoga. Truly, Complete Fitness!

This Instructor Training Manual is created to prepare you to instruct these highly effective L3 workouts and to help you fully understand why the L3 is a superior form of overall fitness training. 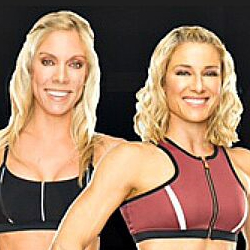 As a stuntwoman and actress for over 13 years, Heidi has worked on over 80 film and television programs. She is most well-known for her work as Scarlett Johansson's stunt double in Marvel's Iron Man 2, The Avengers, Captain America: The Winter Soldier, Avengers: Age of Ultron, Captain America: Civil War, and Avengers Infinity War & End Game. She has also worked on franchises such as Fast & Furious, and Hunger Games, and won a guest starring role as Cassidy Daniels on the popular, CSI: New York.Her other acting credits include, Star Trek, Live By Night, Captain America: Civil War, and John Wick: Chapter 2. Heidi’s attributes the start of her career as a professional stunt woman to her timespent at UCLA where she competed for the United States and won a full athletic scholarship in gymnastics. She holds multiple school records, which include being the first Bruin to ever win an NCAA national championship on the bars, as well as being a member of the first UCLA women’s gymnastics team to win an NCAA Team Championship title. Heidi is also a crucial part of the Los Angeles-based 87Eleven Action Design Team, and is the team's only female member. Her physical abilities as a performer, coupled with her unique skills as a stunt coordinator and fight choreographer have led her into producing, coordinating, and acting in her own short films. Her latest, No Touching, is action packed and stars Heidi alongside Zoe Bell. Her experience as an athlete and as a high performing fight and stunt double on some of Hollywood’s biggest action films has given her a unique perspective on training actresses to perform as Action Stars in some of the biggest blockbuster action films.Her most recents include training Halle Berry for the film John Wick: Parabellumm, and Betty Gilpin for the film, The Hunt. Heidi’s background led her to co-create Fierce Lotus Fitness with Lisa Paul-Newman as well as co-author The best selling book; “The Balanced Warrior: A fitness guide to achieving the body you have always wanted……” Fierce Lotus is the Brand behind L3 Complete Fitness.

Lisa has over 20 years of experience in the fitness industry. She began teaching fitness classes while obtaining her accounting degree at UCLA. She has a background in cardio kickboxing, weight training, power sculpt, spinning and Power yoga. She is a partner in a restaurant company where she holds the position of Chief Financial Officer as well as the co-creator of Fierce Lotus Fitness with her partner Heidi Moneymaker.

Group Fitness led to many jobs as a high-profile fitness instructor and personality in fitness videos for The Daily Burn, DB15 MMA, The Inferno Series and HR series. Teaching and participating in videos with such a variation contributed to her love for cross training which led her to co-create L3. Heidi and Lisa make a great team. Heidi creates the serious fight choreography from her film background. Together, they test the fight sequences to determine which moves are conducive to body sculpting while at the same time, simple enough for anyone to learn.

The Fierce Lotus Brand also sells a consumer product titled “The Action Star Workout Program: Levels 1 & 2. It is a complete healthy lifestyle program consisting of workouts, nutrition and meditation guides as well as recipe booklets. Heidi and Lisa have appeared on “Access Live”, “Good Day LA”, “Good Day Sacramento” and “The morning Blend” promoting both their program and Book: “The Balanced Warrior”

When does the course start and finish?
The course starts now and never ends! It is a completely self-paced online course - you decide when you start and when you finish.
How long do I have access to the course?
How does lifetime access sound? After enrolling, you have unlimited access to this course for as long as you like - across any and all devices you own.
What if I am unhappy with the course?
We would never want you to be unhappy! If you are unsatisfied with your purchase, contact us in the first 30 days and we will give you a full refund.
off original price!

The coupon code you entered is expired or invalid, but the course is still available!